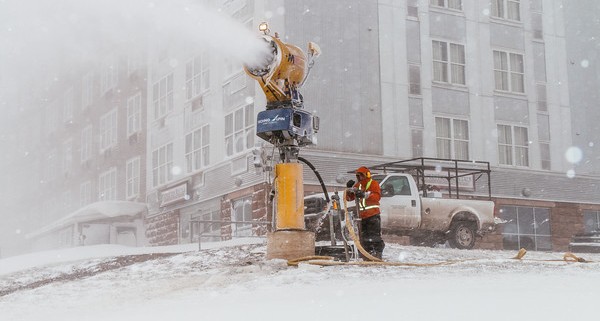 Charleston, WV – The recent mild temperatures have created some challenges for West Virginia’s Ski Industry. Despite still having the most terrain open in the southeast region, that includes, Tennessee, North Carolina, Virginia, West Virginia and Maryland, a number of slopes have had to be closed. Winterplace and Timberline Ski Resorts have suspended on-slope operations until temperatures drop which will allow snowmaking to resume. Winterplace officials plan to provide skiing and snowboarding again this Friday, as subfreezing temperatures are in this week’s weather forecast. Timberline officials have indicated they will also reopen when snowmaking resumes and the slopes are covered.

In the meantime, January is being celebrated as National Learn to Ski and Snowboard Month and all of the state’s resorts have special deals for newbies to learn to have fun on the snow.